Protests calling for expelling Qasad (SDF) militias and US forces from Deir Ezzor countryside took places in several villages in the province.

SANA’s reporter said that the people of Jdeid Agedat, al-Shuheil and Dhiban villages on Tuesday afternoon took to the streets calling for the departure of Qasad militia and US forces.

The reporter said that the protesters in Jdeid Agedat in the eastern countryside thwarted an attempt by Qasad militias to raid the village and detained 7 members of Qasad, in addition to seizing 3 of their cars along with their weapons.

The reporter added that the protests expanded to include Dhiban and al-Shuheil, as the local in Dhiban managed to expel Qasad militias from their checkpoints and the schools they had been using as bases following clashes.

Earlier in the day, SANA reporter in Deir Ezzor said that the locals of Hawaej village in the eastern countryside went out with massive protests in rejection of the US occupation, with protestors burning tires and cutting off the main roads amid a state of public anger at the practices of the militias backed by the occupation forces.

The reporter said Qasad members fired live bullets at the protesters, which resulted in the injury of 3 civilians. 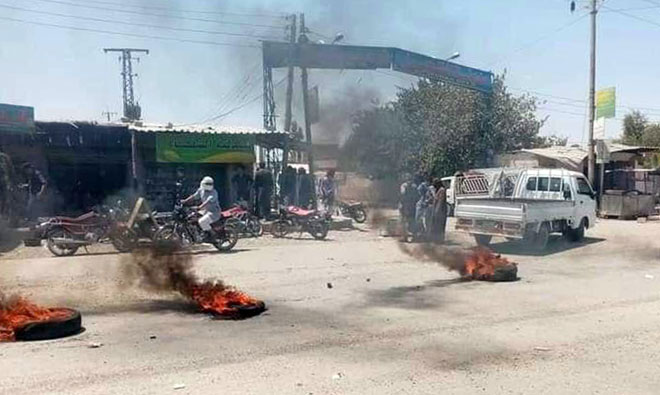 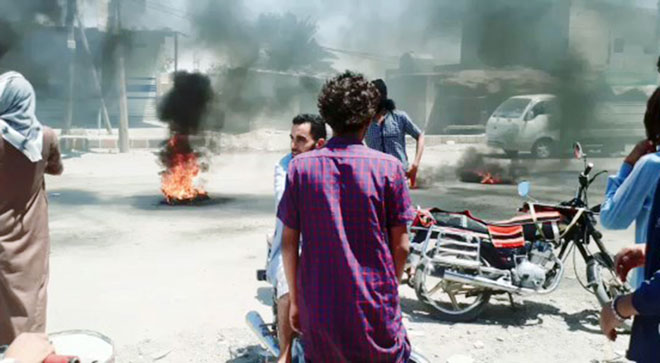